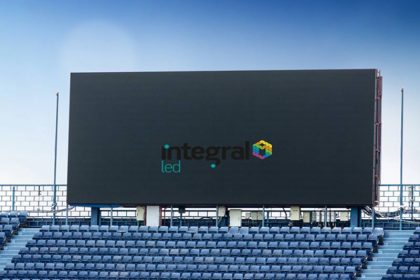 Who doesn’t want a film, documentary or clip that you’re watching looks good? The better the sound quality, the better the image quality should be in parallel. The most commonly used in display systems is LED display technology. LED screens provide saturated colors due to LED lights.

This has become a very important issue as energy resources are exhausted every day. Especially people working with electricity need people who use very little energy. It doesn’t end up just buying the device, it also increases your costs when you use it continuously and increase the electricity bill. LED displays operate with lower energy than other display types. I would like to give examples on television in the house; LED screens, compared to plasma, LCD and tube, provide 30% advantage. When this difference is calculated each month, you are free of serious costs. The larger the screen size, the greater the amount of energy. If you do not want to pay too much bill, you can prefer LED screens. Most of the LCD TVs produced today are produced with LED lights.

Advantages of LED Displays Compared to Other Display Systems

LED TVs started to be used in all areas. The most important reason for this is that it can be adapted to the desired measurements and areas and the image quality is not lost even in the outside air. Having high quality images and low energy saving products makes it possible to use it everywhere.

LED screens do not emit much heat compared to other display systems. Especially during the winter months in the indoor environment you will not notice, but during the hottest periods of summer, you may be uncomfortable due to overheating. Due to LED technology, very thin screens can be made. LED displays; Compared to the LCD and plasma screens, it may look fine and elegant. It seems more aesthetic in different positions according to the area to be used.

The most important difference between LCD and LED televisions is that the lighting technology is different from each other. Since the LED TVs lights are illuminating from the back to the front, the picture quality and brightness are very high. If you are going to have a TV or video system for your home or business, you should prefer LED TVs.

Have you ever wondered where LED TVs are used? It can be used not only as a TV in homes but also in concert areas, stadiums, carpet pitches, outdoor advertising, shopping centers, hotels, sports halls, car races, the Olympics, basketball courts and many other areas you can think of. Moreover, you have the option to choose the screen size and resolution.

LED screens that are not affected by weather events in outdoor areas are being used instead of signs. Moreover, even during the day when the sun is at the top, you can get the image clear. You can forward images that you can send remote data to and want to play. You can get clear images by projecting ad content, videos, brand and more on the screen instantly. If you want to buy LED Screen, you should choose the successful companies in the business.